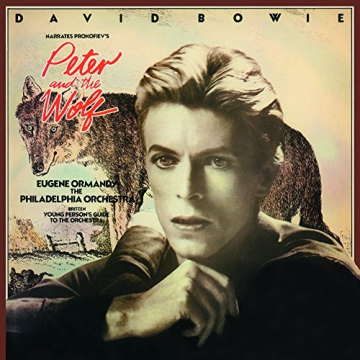 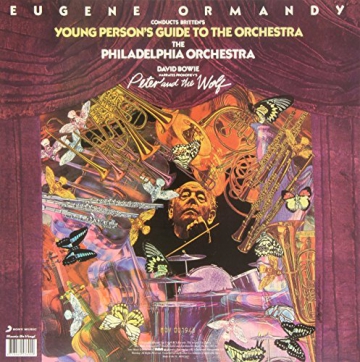 David Bowie Narrates Prokofiev’s ‚Peter And The Wolf‘ (1978) is a classical music album containing David Bowie’s narration of Sergei Prokofiev’s 1936 composition Peter And The Wolf. The music is performed by the Philadelphia Orchestra conducted by Eugene Ormandy. The album reached number 136 on the US Pop Albums chart. Side One contains the narration by David Bowie of public domain material originally written by Prokofiev. The second side of this LP features Eugene Ormandy conducting Benjamin Britten’s Young Person’s Guide To The Orchestra with the Philadelphia Orchestra. Ormandy and the aforementioned musicians from Philly also back up Bowie on side one. Critics lauded the album, saying Bowie ‚found his most charming guise since Hunky Dory‘. He tells the well-known fable with his usual eloquence and style, and gives instructions at the beginning for kids to understand how the music corresponds to characters in the story. The accompaniment from the Philadelphia Orchestra is first rate. The Music On Vinyl re-release includes detailed liner notes on the project by Mary Campbell, specifically geared to ‚introduce children to the sounds of the individual instruments in the symphony orchestra‘. Both Prokofiev and Britten wrote their respective pieces with this aim in mind. Also available by David Bowie on vinyl: Earthling / Excerpts From Outside / Heathen / Reality 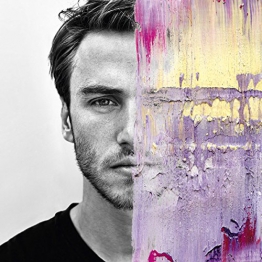 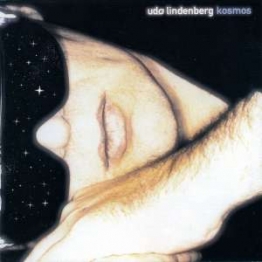 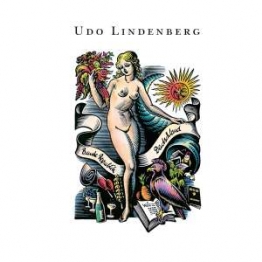 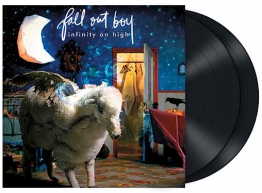 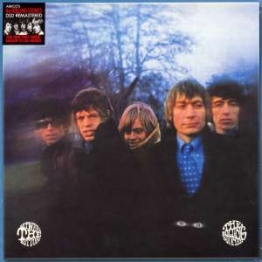