Astonishingly, the fiery rampage of Asomvel’s metal-punk-rock’n’roll
masterpiece Knuckle Duster marks 20 years since these British bruisers first
started jamming on a pig farm with a load of Special Brew. Formed in 1993 by
guitarist Lenny Robinson and bassist / vocalist Jay-Jay Winter, Asomvel’s first
drummer was ex-Cathedral / Acid Reign man Mark Wharton, but „about ten“ more
came and went before the band recorded their first demo in 2001. After 2007’s
Full Moon Dog 10″ the power trio managed to thrash out their raucous debut LP
Kamikaze in 2009 to much acclaim, Asomvel firmly establishing themselves as
underdog cult heroes of the UK HM underground. When Will Palmer started up
Bad Omen Records in 2013, his formative ambition was to coax a new album out
of Asomvel, sending them into the studio with producer James ‚Atko‘ Atkinson
(also frontman of Leeds rockers Gentleman’s Pistols). „We wrote all the stuff
really quick, off the cuff,“ says Lenny. „All the songs came together very easy, we
didn’t have to force anything. I would say it took no longer than 10 minutes a
piece to get the basic songs. We didn’t try to jazz ‚em up, we purposely kept
them very basic, cos we like simplicity and we like it in the groove.“
Consequently, Knuckle Duster is a focused and fat-free expression of pissed off,
Tanked-up, Venomous Motorized fury, but Atko wraps it up in a first class ‚iron
fist in a velvet glove‘ production job, lending raw and dirty headbangers like Dead
Set On Livin‘, Cash Whore (featuring some of Jay-Jay’s last lyrics) and Shoot Ya
Down a vital, resounding sonic heft, while powerhouse drummer Jason Hope
pushes every song to the next level: „We really had to step it up, ‚cos he’s on it
all the time,“ Lenny enthuses. „There’s no way we could’ve even dreamt of doing
this album if we didn’t have Jason, he plays like a demon on this record.“ 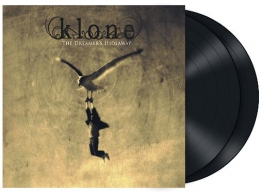